UNISON will be supporting the vigil for the people of Ukraine in Pontypridd on Sunday 6th March.

The branch will be rallying around its new branch banner. This will be the first time it will been seen in public. We had hoped that the Banner’s first outing would be a less somber occasion than this, but the branch has a long proud history of opposition to unnecessary wars and this will be an opportunity to carry on that tradition. 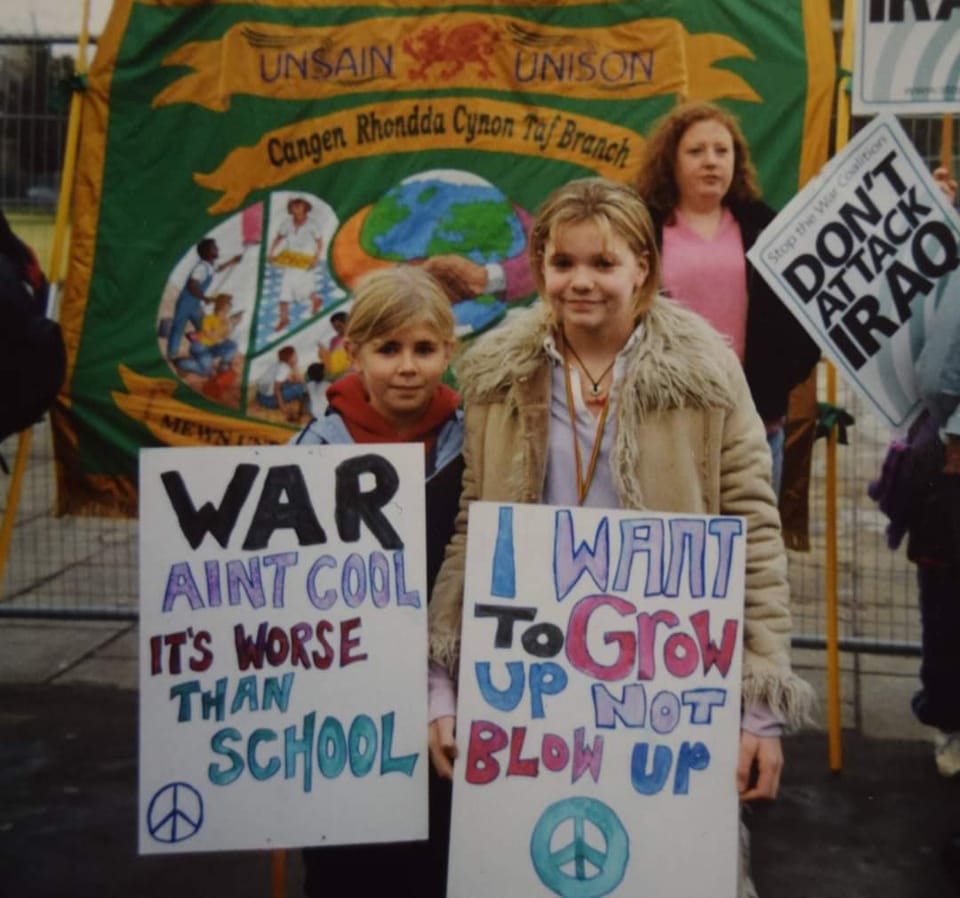 The new banner includes images that depict the workforce we represent and historical figures that demonstrate the proud connection the area has to the growth of the trade union movement.