Branch banner unveiled and sees the light of day for first time since Covid.

Branch banners are tradition as old as trade unions themselves, going back to the early 1800s. They have been used on demonstrations, marches and rallies throughout the decades, each signalling the presence of members of a particular branch showing support for the cause of the day.

Traditionally banners were imaginative works of art, depicting the trade that the union represented. Miners unions banners often had images of pit winding wheels or workers wheedling picks, weavers unions would have looms on them etc. In many cases trade union leaders would appear on the banners.

When Merthyr and Rhondda Cynon Taf branches of UNISON merged to form Cwm Taf Local Government Area Branch a few years back we retired our respective old banners. The RCT banner can now be seen in Pontypridd Museum.

We then set about getting ourselves a new banner that represents the branch. On the front of the banner there is a cross section of public workers, along with Dic Penderyn and Keir Hardie. 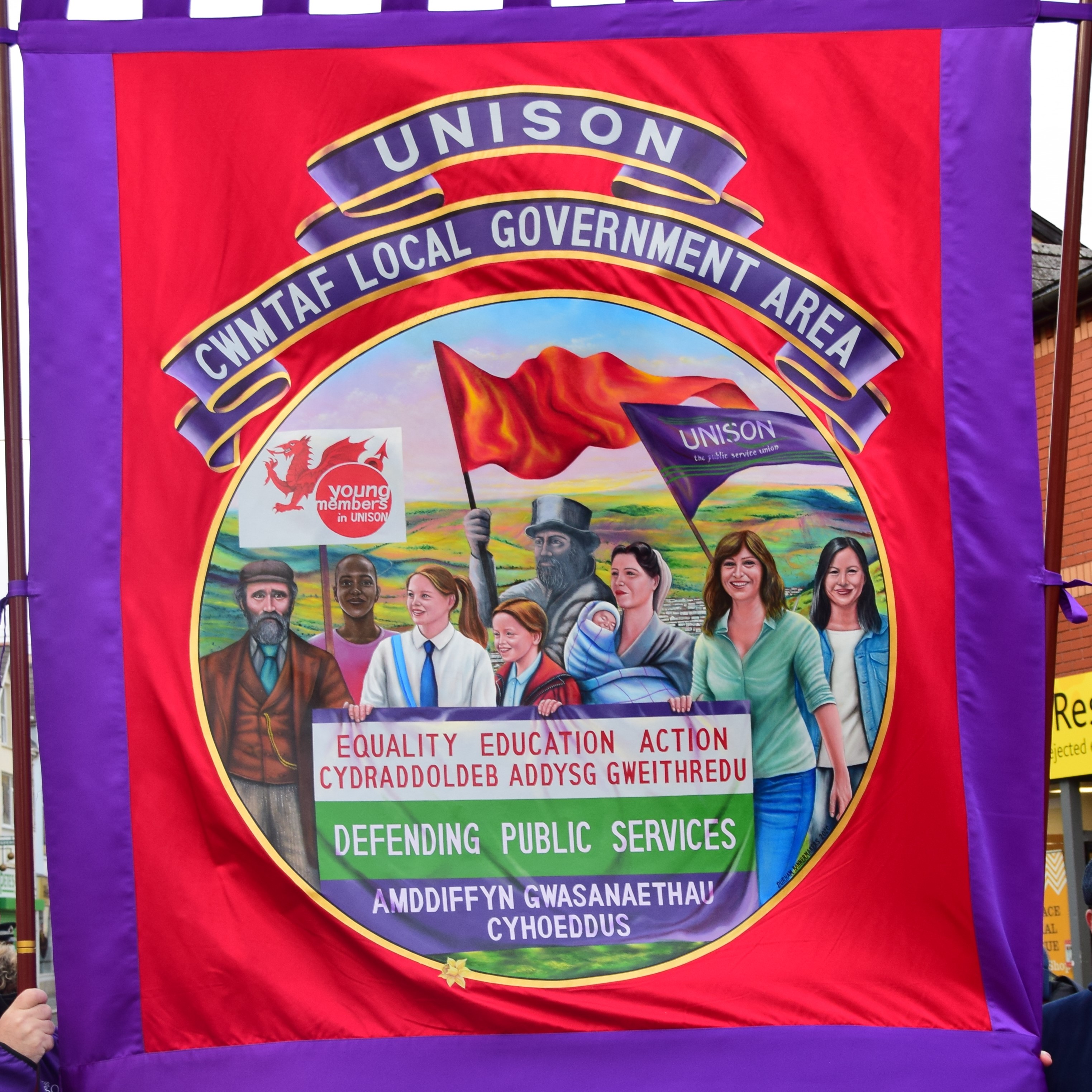 Dic Penderyn was one of the protestors involved in the Merthyr Rising of May 1831, a struggle for better terms and conditions for workers in the area. The rising was the first time the red flag was flown as a symbol of solidarity anywhere in the world (hence the red flag on the banner). Penderyn was hanged for his part in the rising in August 1831

Keir Hardie was the first Member of Parliament elected to represent the newly formed Labour Party, representing the constituency of Merthyr Tydfil from 1906.

The back of the banner features a map of Wales, with our little patch highlighted. 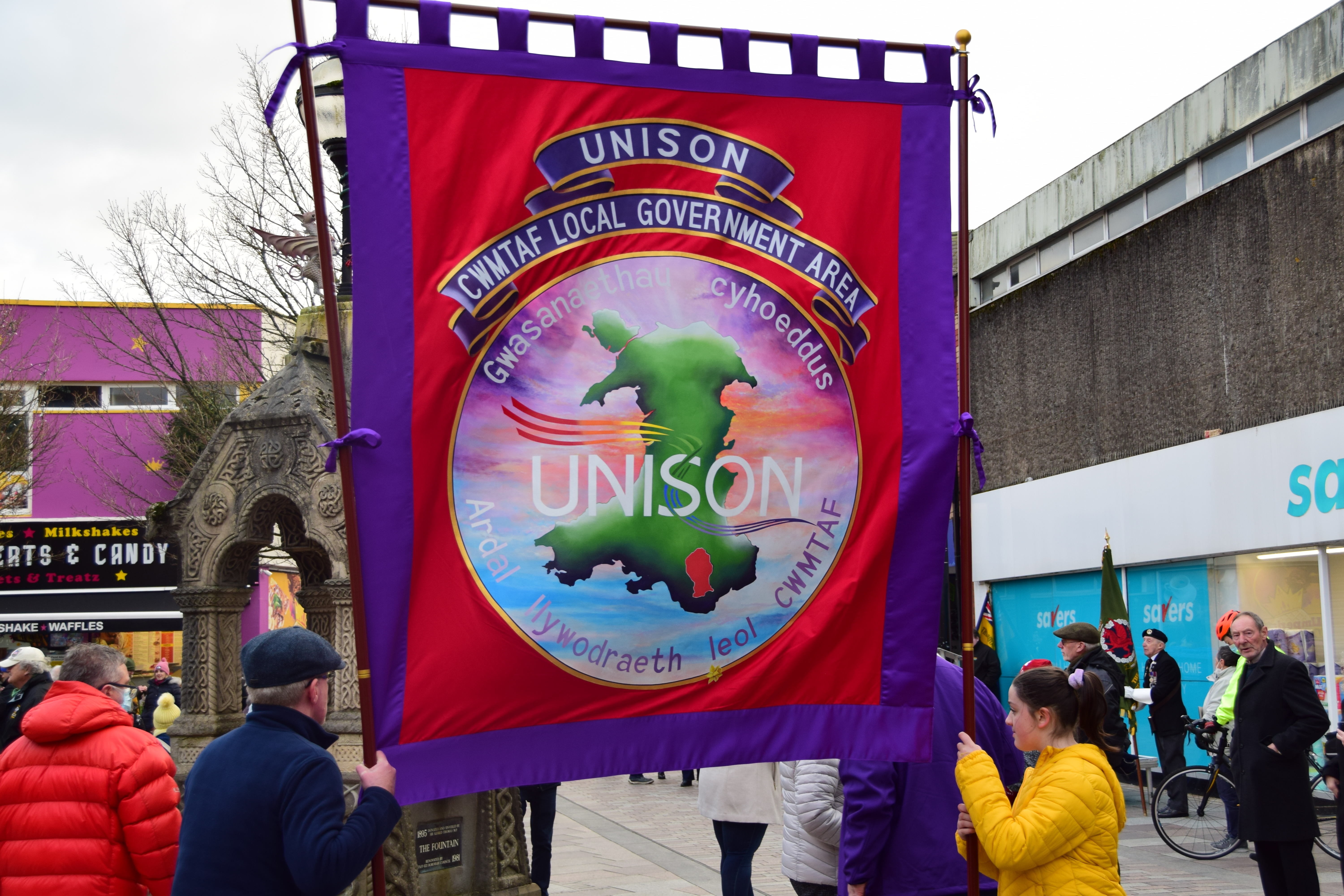 We received the finished banner just as lockdown was hitting so has been in the office out of sight since then. It had it’s first public airing at rally in support of the people of Ukraine in Pontypridd on March 7th 2022.

Peter Crews, Branch secretary stated: “Our old banner was proudly carried at demonstrations up and down the land on many occasions. We are very pleased with this new banner. We wanted to make sure it followed in the great tradition of interesting banners rather than just the branch logo.”

“You can expect to see it following in the footsteps of the old banner; turning up in places like Durham Miners’ Gala, the Merthyr Rising Banner parade and events supporting the trade unions movement throughout the country.”